The Peter lads had an interesting hiccup early in their pedigree. Cookham Peter Lad 3 was sold to Woldlime Ltd in Lincolnshire (Bewtian Berkshires). Woldlime sold Bewtian Peter Lad 7945 to Mr Bucklass and daughter at Gailey Lea in Stafford. Gailey Peter Lad was sold to Copas Bros who produced Cookham Peter Lad 1st. Copas Bros had made a blunder in their registrations as he should been the 4th and not the 1st. Is it possible that they forgot they had actually created the Peter Lad line in the first place?

Hope that this does not confuse you all too much, back in the 1970s there were only 6 breeders registering stock.

Freight Train came from USA. Here is the story from an old club newsletter of 1992 so it is in the words of Jo Clarke who with the help of Geoffrey Cloke brought in the first semen.  (Jo along with Viki Mills were the founding members of this club).

"I recently registered my 20th Freight Train boar, who was en route to a breeder in Cleveland.  It gave me cause to remember the day in October 1981 when together with the top man from the Reading A.I centre, I was defrosting what I can only describe as "yellow frozen peas" at the kitchen sink at Oakley Farm.  A couple of them dropped on the floor and were hastily retrieved. I remember thinking how unlikely it was that live piglets could be obtained by such methods.

It all began one summer afternoon at the Royal Show in July of that year. A chance encounter with Geoffrey Cloke and Wylie Turnball who were insistent that the way forward for the Berkshire pig was to import some American blood, via frozen semen led to the stand of Global Sires. This company were at the time licensed to import the semen of C.J.  Freight Train from the C.J.  Herd in Iowa U.S.A. It was not an expensive operation, I think the total cost was about £80, although Reading very kindly gave their services free. For some reason the licence for my semen was held up and Geoffrey very kind offered the loan of three straws which he had previously imported and had in the tank.

The choice of sow was not difficult, I had a small unshown Royal Lustre who reared 13/13 in her first litter 10/10 in the second and 13/13 in the third to a large white boar. She had three inseminations during her heat and Geoffrey who had more experience than most in dealing with frozen semen insisted that  the third service should be when the sow was going off. We timed this perfectly with Libbie galloping round the box with the A.I man on board.

The waiting now began, At three weeks she showed no visible sign of heat, but at one stage tried to mount another sow and I had serious reservations.  However, all was well and in due course she showed obvious signs of being in pig. I have always taken the view that if a sow did not return within the first 6 weeks then she was pregnant, I have only once resorted to a scan. She farrowed on time. I have attended every farrowing we have ever had and it seems that only about 5% take place in daylight hours, at the same time as Libbie started so did her sister so I had a very active evening hopping between pens in different buildings and by dawn I had 24 live piglets including 9 Americans - 5 boars and 4 gilts averaging 4lb at birth they were exceptionally strong and active in fact the best we ever produced. Of course, they possessed "Hybrid Vigour".

Although the American Berkshire originated from the U.K it was a long time ago and they have far more lines than we do.

The operation was an undoubted success, from that litter I showed two pigs as Januarys the boar was Breed Champion at Royal Norfolk at less than 6 months of age and a gilt won the January class at East of England and went on to be reserve for the Baclays.
Personally I consider the Freight Train have contributed a great deal to the breed, of course they have had their critics - some of the early ones were very colourful, but they have a carcass quality that was previously unknown in our breed. They have marvellously sound legs and feet and I have never yet had a Freight Train that did not want to work."

Ambassador  came from Australia - around 1976 imported by the RBST from the Lynjoleen herd.

Nama Abel came from New Zealand in the 60's – thought to be imported by Tom Copas and possibly Don Oswin.

From the Lynjoleen herd of Berkshires in Australia. The Lynjoleen stud (Made up of their names Colin and Joy Lienert/Leen) was founded in 1955. One of their early sires Lynjoleen Lord Astor 30th has been one of the best Berkshire boars in the world. He won six Championships at the Royal Adelaide, Sydney and Melbourne state shows. Adelaide at the time had 1,130 entries.

Lord Astor 30th is the sire of the well known Lynjoleen Namatjira who was exported to England in 1965. When sending the boar to England the Lienerts wanted him to have an Australian name, hence he was named after a famous Australian Aboriginal painter Albert Namatjira. The name Namatjira can still be traced to stud pigs in England and now in America.

Orlando (named after the Orlando Winery in the Barossa Valley). came 1993 again from the Lynjoleen herd of Berkshires in Australia, by RBST - Orlando was put on one of Geoffrey Cloke's sows and Viki Mills was given an Orlando from this.

Again, from the Lynjoleen herd of Berkshires in Australia. Lassetter ( named after a famous outback gold reef)  similarly to the Orlando came 1993  via RBST again  - - but the Lassetter died after semen had been collected for long term storage but before he could be used on any sows. Some years later – 2002 - RBST gave Geoffrey permission to use Lassetter semen and Viki Mills was given one of the two resulting boars.

I am indebted to Ann and Andrew from Lincolnshire who solved a mystery for me, whilst learning a little of the history of  the Stonebow line. I have never been able to find a link between the Stonebow and the original parents - Swinton Farmer  3 and Whipling Dawn and Whipling Amber Margaret 3. As I explained to Andrew & Ann that the Stonebow was created  by Don Oswin in Lincoln, and Andrew quite innocently said "The Stonebow" is an archway in Lincoln Cathedral - Bingo!!

David and Maureen Shaw have very kindly sent me a lovely drawing of the "The Stonebow" Q.E.D. My thanks to them

In 1884 the Berkshire Breed was officially recognised and is indeed one of the Founder breeds of the NPBA - now the British Pig Association. But after a period of nearly 50 years in existence Vanity names abounded, it seems we pedigree pig breeders had (in some cases) Large Egos!

The Excelsa line, which started out as a Vanity line can be traced Geographically through Great Britain, from York to Nottingham to Cambridgeshire then to Berkshire each breeder establishing his version of the line and then passing it on to the next location. I would speculate that the present day Excelsa line traces back to the Cookham Herd of the Copas Brothers at Cookham Dean near Maidenhead Berkshire.

The Excelsa line is one of the oldest bloodlines in the breed along with the Lady and the Peter Lad all three still with us and flourishing.

Excelsa - A "Vanity" line that is, Colonel Wilkinson created this line so that his name would be forever associated with the Excelsa.

The practise of naming pedigree pigs of all breeds basically whatever the breeder wanted irrespective of family lines was allowed well into the 1960s. A situation I find very strange indeed, and made tracing a family tree almost impossible.

Thankfully common sense took over and in the early 1960s this nonsense was stopped and thereafter pedigree pigs were named after their sire in the case of males or their dam in the case of females, altogether a much more sensible system.

Many of the Vanity names never made it past the first entry into the Herd book. For example: The Grand Dam of Excelsa 4th was Dringhouses Sweet Briar and was also Dam of at least 2 boar lines and two more female lines which never appeared in the Herd Book, they just disappeared.

For those breeders who don’t know how this bloodline was started here is the first hand course of events.

When I started at Canterbury Oast Trust ,Hugh Cawthorn was the farm manager and was given the charge of sourcing  rare breed breeding stock for whats now known as The South Of England Rare Breed Centre, this, at the time was the  only place to hold all of the seven rare breed pigs on the endangered list.

Hugh was very well known and respected within the Berkshire breed circles and was a founder member of the Berkshire  Breeders Club along with the late Jo Clarke.

When I went to the centre as assistant farm manager a large white gilt had been mated to a Namatjira boar, the resulting  offspring were born all white as you would expect.

Four gilts were kept back,they were reared up and when the time came they were mated to a Nama Able boar the r  resulting offspring were of a spotty nature but more black than white, Highlands Louise 3&4 were retained.

At this stage 2 gilts were kept back, when ready they were mated to a Peter lad boar, we are now at ¾ bred stage, these  were Highlands Louise 5&6.

The final piece of the jigsaw was a Colneyprescoed Ambassador boar, collected from the YOP at Usk trying to find the  place in the dark was not easy as didn’t have sat nav in those days.

So boars used were:

I can’t see any more grading up bloodlines ever being done within the breed, some breeders don’t like them, but a lot do.

In my breeders profile I referred at an absolute cracker of a pig Highlands Louise 21, I had kept back a gilt Highlands  Louise 27 [daughter of Highlands Louise 21] I was going to take her to RBST sale at Stoneleigh but the sale was cancelled  so she was sold to a man in Shropshire ,when I wanted replacement Louise I went on BPA pedigree site and tracked  down a daughter of HIGHLANDS Louise 27 who had a litter and was in the hands of Janette Hares carrying the  Millenheath prefix so the pig I have retained is a descendant of the best pig I have ever bred.

Hope this is some interest to some breeders. 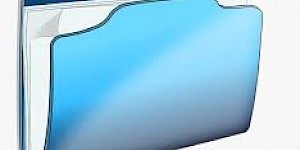